$120 per guest
Book Your Table

Seating is limited; make reservations early to secure your table.

Four-Course Dinner and Private Concert 120. per guest (+tax and gratuity)

Advance online Reservations (or phone 614-451-9774) are required and confirmed with cc. See booking and cancellation policy below. 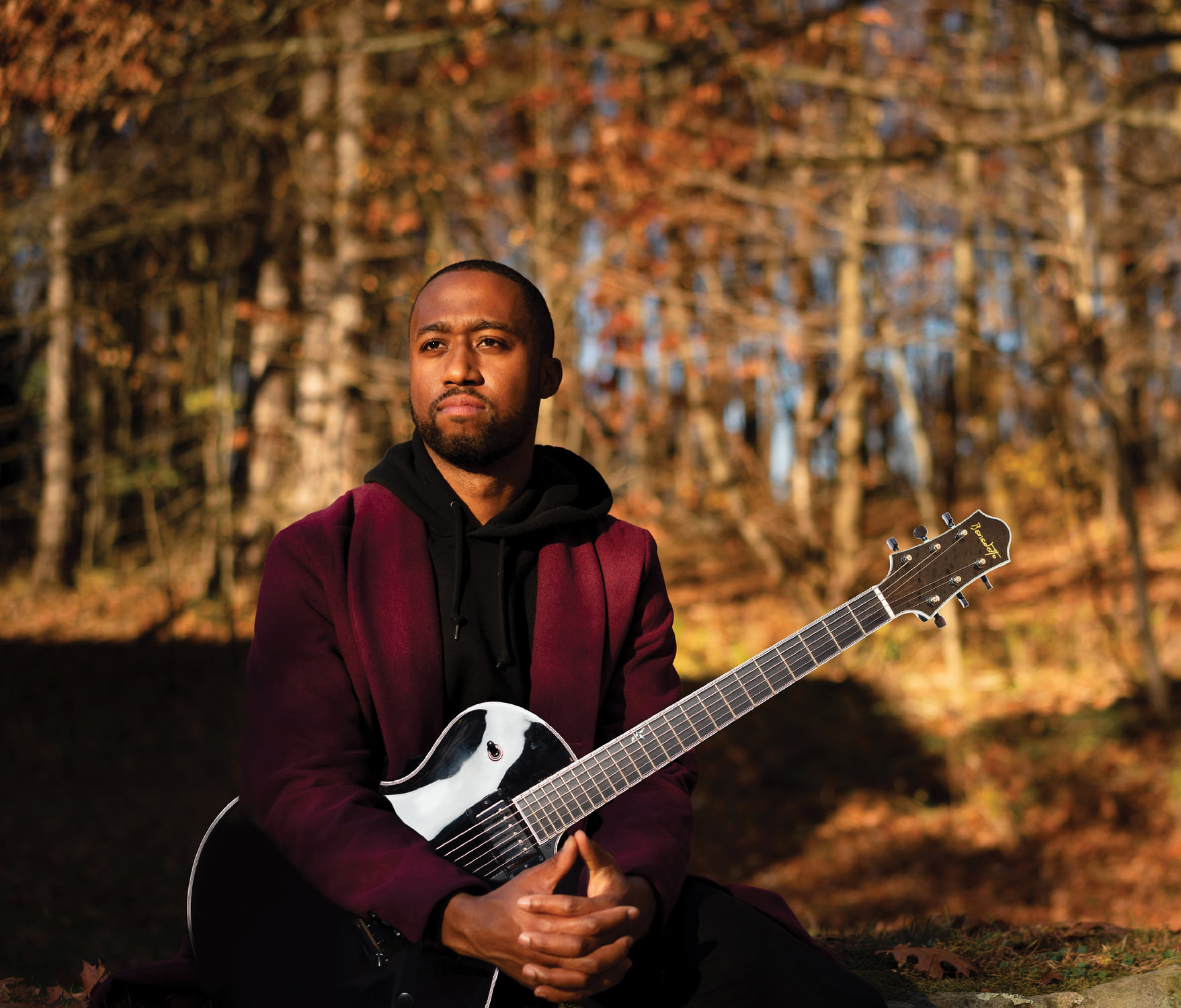 Dinner and a show in our large Dining Room!

The Dining Room will allow us to distance all the tables and with an elevated stage, every table will have a good view.

Enjoy Chef Richard’s Four-Course dinner before the show
and then sit back and relax to enjoy the show along with dessert.

Growing up in Akron, Ohio, Dan Wilson spent the majority of his youth within the church community, where his musical path began.

Traces of his major guitar influences – including Wes Montgomery, Charlie Christian, Joe Pass, and George Benson to name a few – can be discerned through his playing, but his musical identity has been shaped by everything from gospel and blues to traditional jazz, hip-hop and horn players like Sonny Rollins and Joe Henderson.

After graduating from Hiram College, Wilson made his recording debut with pianist Joe McBride and performed to worldwide acclaim with Joey DeFrancesco and Christian McBride’s Tip City, eventually recording his debut as a leader To Whom It May Concern.

​Wilson’s career took him on an exploratory journey into foundations laid down by the guitar/organ tradition, eventually leading to an invitation to perform with jazz great Joey DeFrancesco’s trio quartet, with which Wilson went on to earn a GRAMMY® Award nomination with for DeFrancesco’s Project Freedom album (Mack Avenue Records, 2017).

This collaboration allowed the guitarist to insert his own dialect into the musical prowess and respect that DeFrancesco had earned throughout his journey.

Wilson had been playing with DeFrancesco for a few years when he met bassist, composer, arranger, Christian McBride. From there, Wilson went on to tour with McBride’s trio Tip City, eventually leading McBride to serve as producer on “Vessels of Wood and Earth” and release the album on his newly formed imprint Brother Mister Productions through Mack Avenue Music Group.

The album was released on April 23, 2021 and is available on all platforms.

The menu can be adjusted for Vegetarians, all seafood, all meat, or any other dietary concerns. When making reservations; please note your request and then call us to confirm at 614-451-9774

Booking Policy – Thank you for joining us! Reservations are secured with a credit or debit card.
Your card will not be charged for the evening.
At the conclusion of the event, your table check will include the dinner, music cover, and beverages.
Please see the cancellation policy below. We look forward to serving you soon!

Four-Course Dinner and Concert 120. per guest (+tax and gratuity)

Cancellation Policy – Should your plans change, please let us know at least 48 hours before your reservation and we will issue a full refund.
Cancellation made after this period will incur a $25 fee per guest.
Thank you for your understanding and support!